Violent and extreme pain and suffering destroy all the animal's conscience and identity.

Extreme, violent and constant pain and suffering destroy the animal's conscience and identity. Since this stupid fagot was handed over to employees like another pig in the herd, the team has committed to destroy any vestige of dignity or humanity in it.
Brutal humiliations, violence and constant rapes taught the disgusting worm that it was no longer of any value, nor should it have any hope. 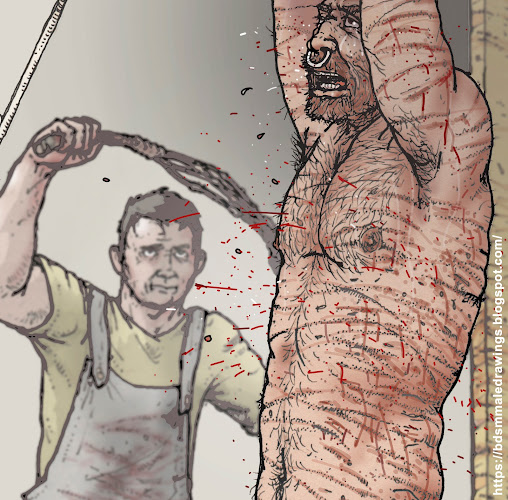 Treated and fed like a pig, among the pigs, it soon seemed to conform to his worthless condition.
However, once a month, usually on a quieter Saturday, the employees took the pig to beat it even more violently, sadistically and at length. There were sessions of more than four hours of whipping and very brutal torture.
The heavy animal was hung by ropes and slowly descended on wooden shafts that penetrated deep into its ass, widening and wounding it. Impaled and hung like that he was whipped until his entire body was covered with bruises, wounds and scars. 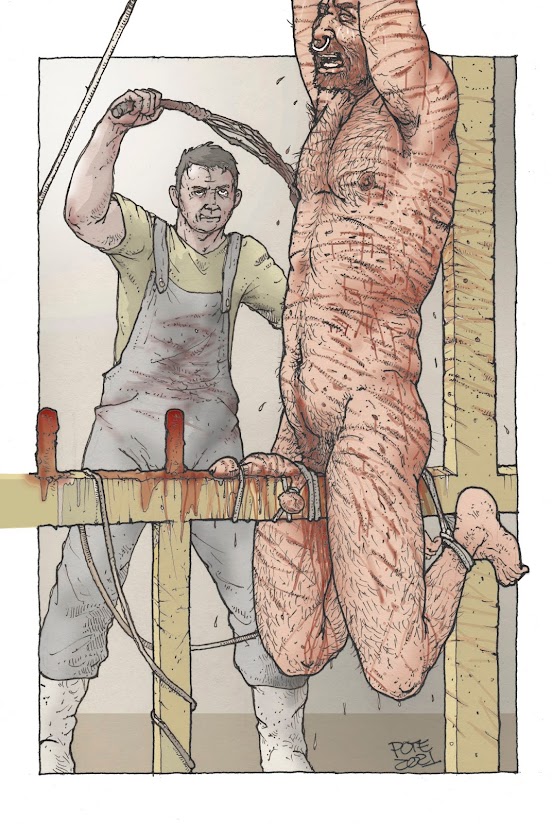 The most curious thing is that, sometimes, during the torture the fagot still had a monumental erection! The employees were so angry by this obscenity, that when the pig's penis grew, they would tie its stick to the beam and whip it until it almost destroyed the pig's dick.
Those hours of torture and flogging amused employees who had fun, talked, drank beer, ate barbecue and played around their hated fagot.
At the end of the day, rested, they went to their homes to enjoy the weekend, and left the pig spiked and hanging, crying, moaning and suffering alone until Monday.
Posted by POTE at 7:16 AM